According to Eurostat, more than one million divorces are filed every year within the 27 countries of the EU; 13% of which involved citizens of different European nationalities. This state of affairs encouraged the European Commission to start a harmonisation programme with the objective of simplifying legal procedures for separation and divorces of couples with different EU nationalities. 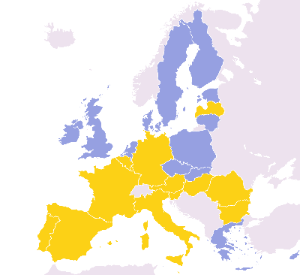 The first harmonisation attempt failed to get a unanimous agreement, as several countries including notably the UK (which did not want the enforcement of other countries laws on its territory), and Sweden (fearing to be forced to compromise on its liberal divorce laws). Therefore the second attempt was formalised in the council regulation 1259/2010 of December 20th of the European parliament and was ratified only by a core of 14 countries (Austria, Belgium, Bulgaria, France, Germany, Hungary, Italy, Latvia, Luxembourg, Malta, Portugal, Rumania, Slovenia and Spain). It will be possible for other countries to enter the agreement at a later stage.

Regulation 1259/2010 is a historic first “enhanced cooperation” allowing a minimum of nine EU member states to establish advanced integration (in an area of competence of the EU institutions) without other members being involved. Enhanced cooperation is a breakthrough that will enable the harmonisation of laws within the EU without the inevitable opposition or compromises that occur when you have to reach a unanimous agreement.

The new regulation will be enforced in the 14 countries starting from 21st June 2012.

The scope of this regulation is to resolve any possible conflicts involving different family laws in cases of divorce or separation.

The spouses will be able to agree on the authorised court, usually the place where the couple is residing. For example a couple of Belgian and German nationality resident in Paris could file for divorce in Paris and chose the Belgian law. In this case French courts will rule and execute the sentence using Belgian laws.

Regulation 1259/2010 also takes into account cases where there is an incompatibility between the different national laws. For example a homosexual Spanish couple resident in Rome could file for divorce in Italy even though Italian laws do not allow homosexual marriage. The Italian court will apply Spanish law.
Regulation 1259/2010 limits the choices in a few of the cases outlined above, for example a couple already separated who wish to divorce will have to use the same national law used for the separation.

The EU already has the legal infrastructure in place for the enforcement of foreign judgments through Regulation 44/2001 of 22nd December 2000 and Regulation 805/2004 of 21st April 2004 (see our article Enforcement of Foreign Judgments).

Any breach of the divorce settlement (for example failing to pay child support or denying visitation rights to the other party, will be essentially automatically enforced within the EU, making the enforcements of divorce agreements swift and easy across the member countries.

This article is purely informative and should not be used as a substitute for specific legal advice.