Driving in Spain after Brexit

After Brexit, all existing traffic agreements between the European Union and the United Kingdom will not be valid. In this case, UK driving licences will only be valid for driving in Spain during the first 9 months after Brexit, provided they are valid and in force.

After this period for visits up to six months, you will not need International driving permit (IDP), if you have a valid UK driving licence. Otherwise, you must have a 1949 IDP or to apply/exchange for a driving licence in Spain (when possible).

You can get an IDP on https://www.postoffice.co.uk/identity/international-driving-permit#bf-full-width

There are three different procedures to change the driving licence :

What documentation is necessary? 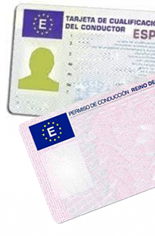 During the exchange process, the original UK driving licence will be withdrawn and a temporary0 one   will be issued which will be valid for three months and only valid to drive within Spain. If you want to drive abroad, you must apply for an International permit at the DGT.

In a period of approximately one month and a half, the actual permit will be sent by post to your home address. If you do not receive your Spanish driving licence after a reasonable time , you should contact your legal  adviser or go in person to the DGT and inform them about this, so that they can check what had happened and send the licence to you again.